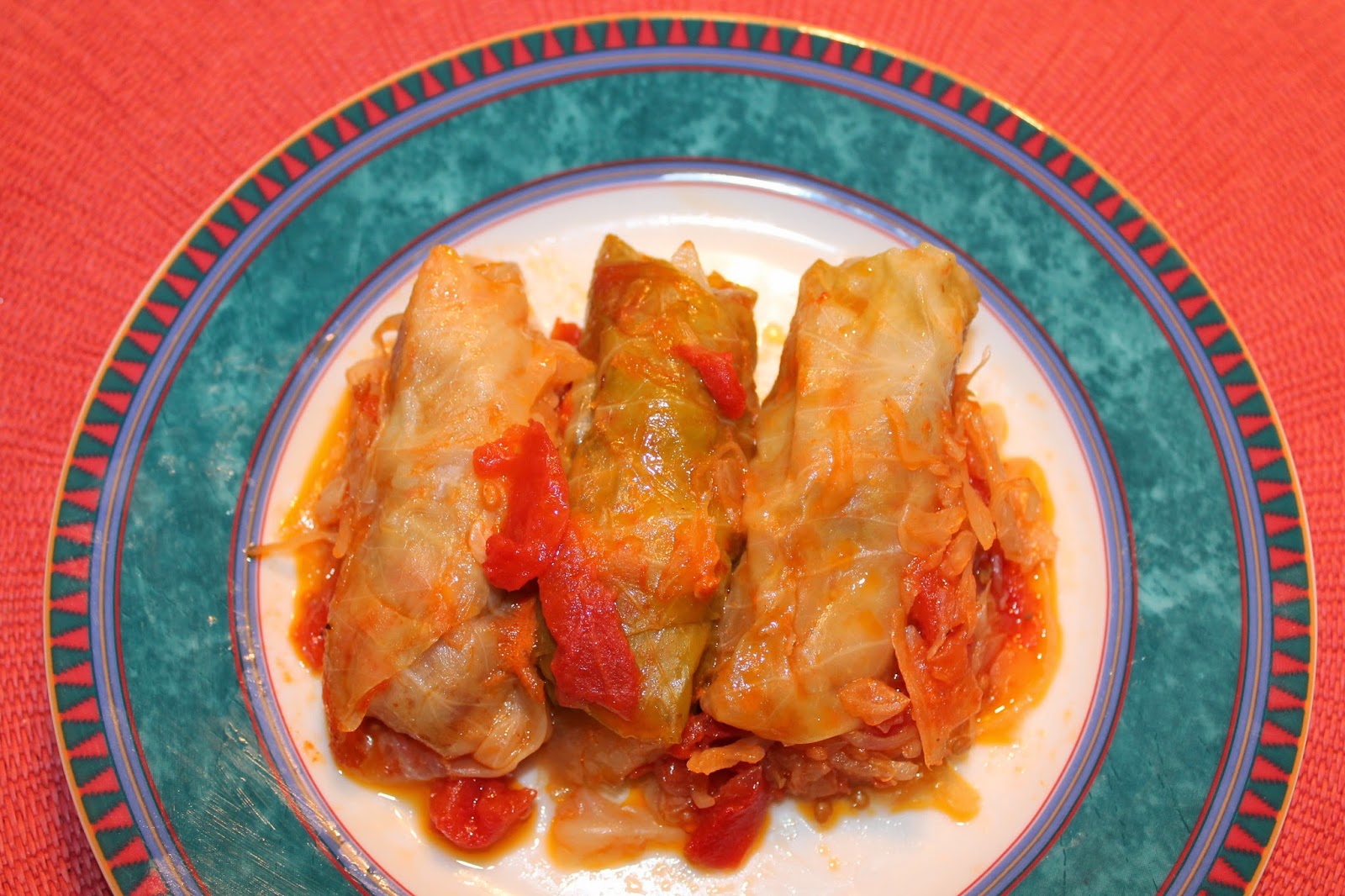 
A few months back, I was lucky enough to spend an entire Saturday with my grandparents learning what they call “soul food”. Holupki, to be more precise, was what I was in charge of watching, doing and reciting by day’s end. Now this was no 2 hour meal, not even close to anything Mrs. Rachael Ray would advertise and definitely not something I would have ready for Hubby on a weeknight. Oh no, it was a meal worthy of an entire day worth of chopping, stirring, mixing, simmering, layering and then of course cleaning. What I thought was going to be nothing more than rolling some cabbage with beef turned out to be more like an “ok thank goodness I wore yoga pants” kind of day. But beyond the 8 hour cooking, I came to realize the symbolic nature of food- the way it trickles down generations and captures you in its steamy warmth…. 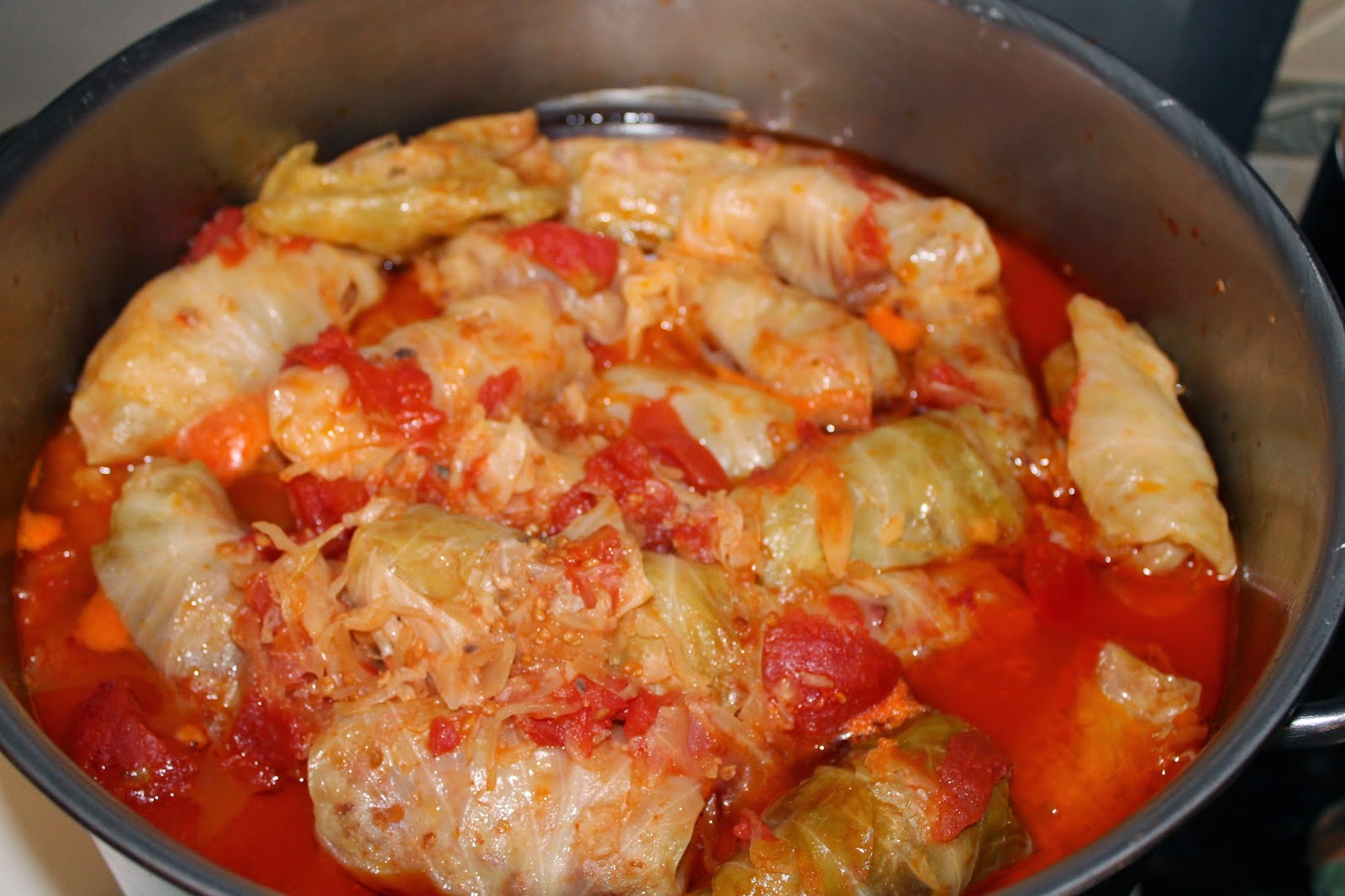 It is funny how recipes get passed down, ya know. Every family has one or maybe a few recipes that make their appearance at every holiday table. Even if the day doesn’t warrant the dish, it will be there, no questions asked. For our family, it is Holupki and Kielbasa with sour kraut. Now the ladder there, I adore and have no problem with it showing up every few months or so. Yes it is odd to be eating kielbasa with hot dogs and hamburgers at a pool party but it is what this here family does. The former though, holupki ,is one dish that I have stared down for years and halted when being offered. Yes it has been at each event and my brother can attest to eating one to many of those cabbage pockets at probably every hour of the day. Heck, my family even has a Lazy Holupki recipe for the days when you want the flavor but don’t have the 20 hours to make it. Regardless though, I have never been one to jump and high five at the site of it. But then, about 6 months ago, I was watching the Food Network and saw Ina making it and thought that it looked pretty good. So, I did what any eastern European granddaughter would do- I  called my Mama and told her that I have to learn how to make this stuff.
Long story short (ha), I planned a day where I could watch the pro do it. She warned me it would take some time so I happily wore comfy clothes and got to working. I really don’t know the exact recipe but I do know that it involved cutting the cabbage a certain way, mixing the beef and pork with certain seasonings and layering with just enough tomato juice. To be completely honest, I actually do have the recipe but have signed off on my life that I will not disclose here……family ruleJ
But beyond the cooking, this day was really so much more than the yummy goodness that I had refused for quite some time. It was about watching my Mama make what her elders had taught her and how my Papa grew up on it. I heard stories about my great grandparents who, from what I heard, worked damn hard and lived on both holupki and kielbasa. Honestly, it sounds better than Wendy’s anytime to me! I noticed how my Papa made sure my Mama was telling me each and every detail so that I could continue the recipe with my children’s children. Eventually, he made sure she decoded her hand-written recipe to me because her writing is basically illegible. Needless to say, she wasn’t too keen on all his reminders throughout the day. But anyway, it became clear to me that they were in fact handing down an heirloom to me. A story, if you will, of how our family dug its roots and prospered here. It might have taken a lot of cabbage, beef and kielbasa, but the recipe symbolizes a tie that has brought us all together. A constant that has been at all my family’s gatherings and one that I was more than happy to be witness to.


So in the end, did it really take 8 hours to make this stuff you might ask. And I’d gladly reply, no- it took many lifetimes. 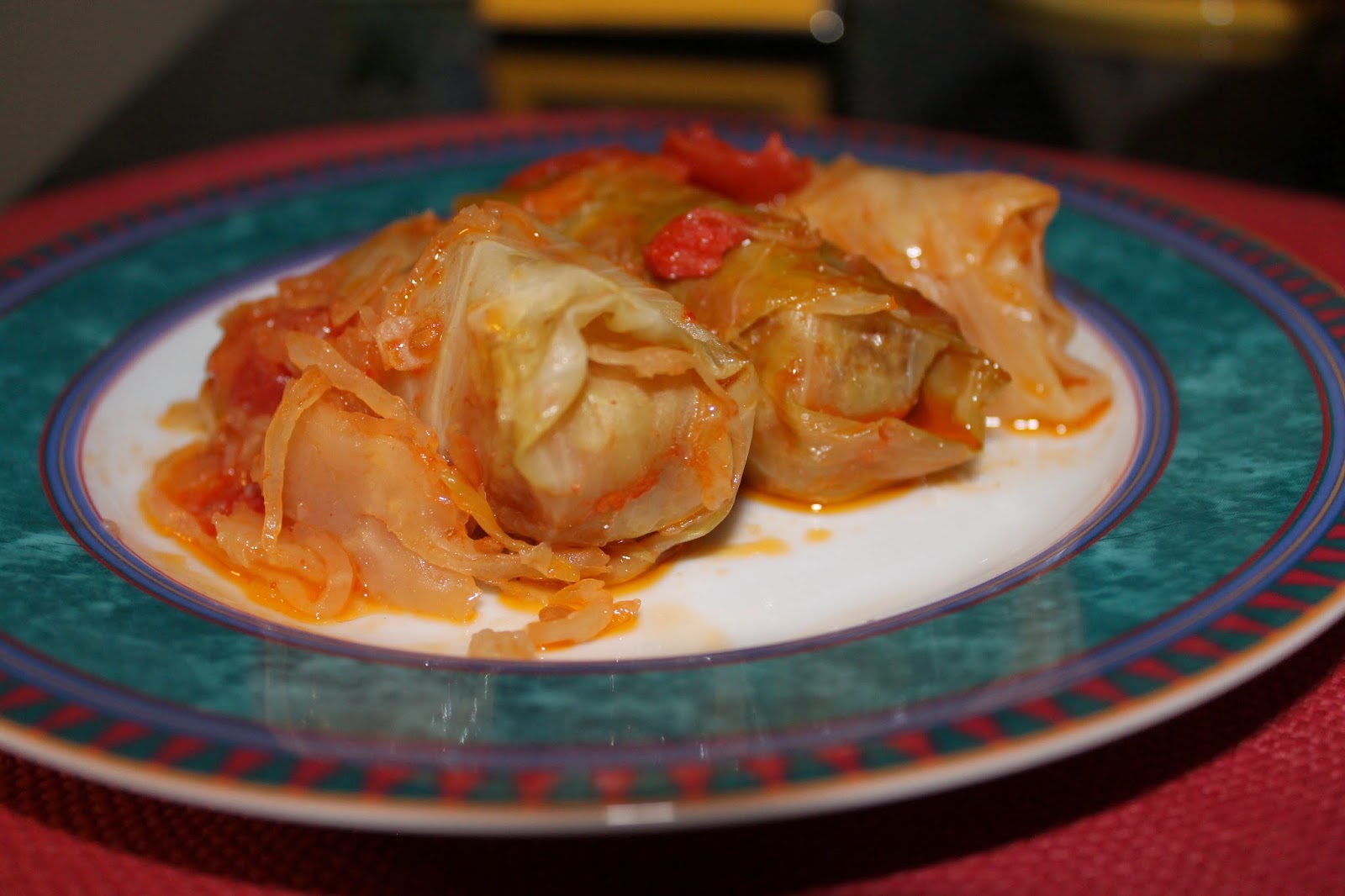 Email ThisBlogThis!Share to TwitterShare to FacebookShare to Pinterest
Labels: What I'm Cooking Up